One of the most unique and diverse regions in the US, the bay area is made up of many sub-regions including San Francisco, the North, East and South Bay, and the Peninsula.

The San Francisco Bay area, commonly known as the Bay Area, encompasses the area from Marin County in the north to the city of Gilroy in the south, and from the Pacific Ocean on the west to the Central Valley in the east.

Learn more about the San Francisco Bay Region including these areas: 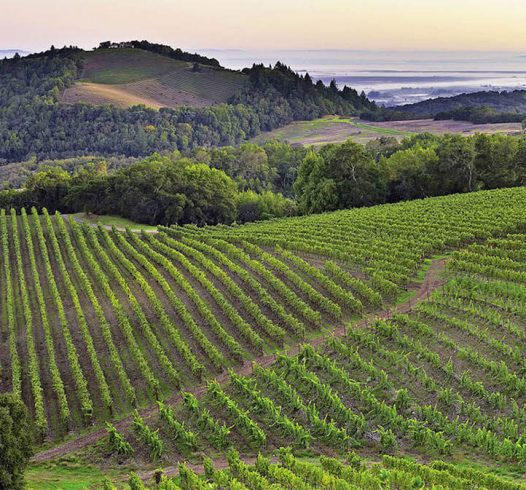 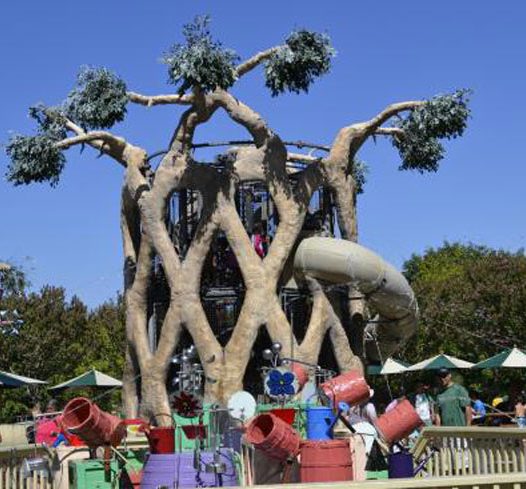 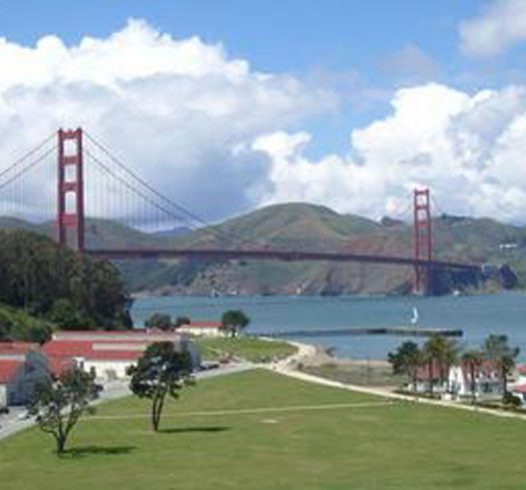 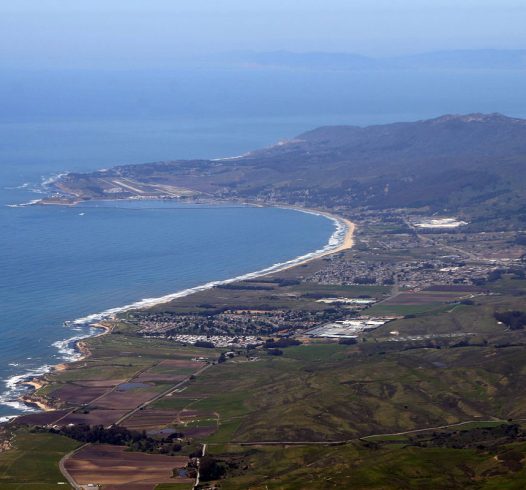 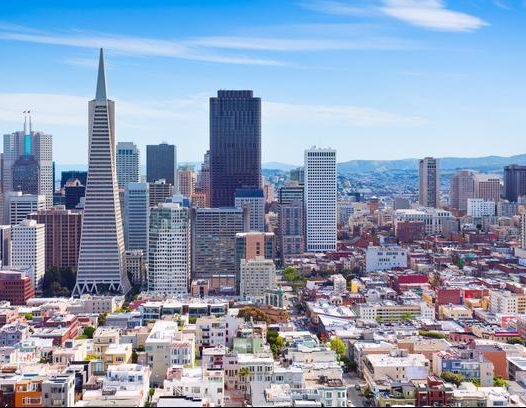 15,000- 20,000 Native Americans lived in villages around the Bay Area during the 1700’s. The first recorded European discovery of San Francisco Bay was on November 4, 1769 when Spanish explorer Gaspar de Portolà reached the summit of the 1,200-foot high Sweeney Ridge where he sighted San Francisco Bay.

The first European to enter the bay is believed to have been the Spanish explorer Juan de Ayala who passed through the Golden Gate on August 5, 1775 in his ship the San Carlos, and moored in a bay of Angel Island now known as Ayala Cove. Between 1776 and 1823, Franciscan missionaries built five missions around the Bay Area. From the 1820s onward, American presidents and expansionists coveted the bay as a great natural harbor in the Pacific. After many failed efforts to buy the bay and varying areas around it, the US Navy and Army seized the region from Mexico during the Mexican-American War (1845–1848). On February 2, 1848 California was annexed to the U.S. with the signing of the Treaty of Guadalupe Hidalgo and a year and a half later was accepted as the 31st State of the union. During the California gold rush of 1848-1850s, San Francisco Bay instantly became one of the world’s greatest seaports, dominating shipping and transportation in the American West until the last years of the 19th century. The population of San Francisco grew from 600 people in 1848 to 25,000 in 1840. In 1853 Levi Strauss started a dry goods store in San Francisco, catering to gold miners and the U.S. Mint was established in San Francisco to mint silver and gold coins. In the second half of the 19th Century, immigrants from all over the world flocked to the Bay Area and Barbary Coast became infamous for its hotels, bars and brothels. The bay’s regional importance was paramount when Oakland became the terminus of the first transcontinental railroad, linking the Bay Area to the East Coast in 1869. San Francisco’s Golden Gate Park was founded in 1870, the first cable car went into operation along Clay Street in 1873 and in the same year the University of California opened in Berkeley, a campus that will become world-renowned. The area has had two significant earthquakes in its history. The San Francisco earthquake of 1906 was a major earthquake that struck on Wednesday, April 18, 1906. With an estimated moment magnitude of 7.7 to as high as 8.25 the main shock epicenter occurred offshore about 2 miles from the city, near Mussel Rock. It ruptured along the San Andreas Fault both northward and southward for a total of 296 miles. Shaking was felt from Oregon to Los Angeles, and inland as far as central Nevada. The earthquake and resulting fire are remembered as one of the worst natural disasters in the history of the United States and the death toll estimated to be above 3,000, is the greatest loss of life from a natural disaster in California’s history. The Loma Prieta earthquake, also known as the Quake of ’89 and the World Series Earthquake, was a major earthquake that struck the San Francisco Bay Area of California on October 17, 1989. Caused by a slip along the San Andreas Fault, the quake lasted 10–15 seconds and measured 6.9 on the moment magnitude scale. The quake killed 63 people throughout northern California, injured 3,757 and left some 3,000-12,000 people homeless. The earthquake occurred during the warm-up practice for the third game of the 1989 World Series, featuring both of the Bay Area’s Major League Baseball teams, the Oakland Athletics and the San Francisco Giants. Because of game-related sports coverage, this was the first major earthquake in the United States of America to have its initial jolt broadcast live on television.

Two parallel mountain ranges run north to south through the Bay Area — The Coast Range on the west and the Diablo Range on the east. The Coast Ranges is made up of the Santa Cruz Mountains south of San Francisco and the Marin Hills north of the Golden Gate Bridge. Both regions feature abundant redwood forests and a

few of the last remaining stands of old-growth redwoods. The more rugged Diablo Range is anchored by Mount Diablo, the massive peak that dominates the East Bay skyline. South of San Francisco, in the broad area between the ranges, is the Silicon Valley. Flatlands surround the San Francisco Bay, a shallow, productive estuary through which water drains from approximately forty percent of California. Waters flow in from the Sacramento, San Joaquin, and Napa rivers. The bay area has miles of ocean front property with several accessible beaches including Stinson Beach, Ocean Beach, Baker Beach where clothing is optional, East Beach and Aquatic Park.

The San Francisco Bay Area has a Mediterranean climate that brings mild springs and falls, hot summers and cold winters. Due to the large bodies of water, hills and mountains, the area has a significant variety of microclimates. With the Pacific Ocean moderating the temperatures near the shore,

cool, moist conditions are common year-round. The coast tends to be fogged in during the summer months and clear in the winters when rainfall washes the skies clean. The farther you get from the water, the more the weather returns to normal. Inland areas can be as much as 40 degrees higher than the coast. There is moderate rainfall in the winter months and almost no rainfall the rest of the year. San Jose at the south end of the Bay averages fewer than 15 inches of rain annually, while Napa at the north end of the Bay averages over 30 and parts of the Santa Cruz Mountains just a few miles west of San Jose get over 55. The temperature differences and gaps in the coastal ranges result in brisk coastal winds which help keep the coastal climate cool. Snow does occur on San Francisco Bay Area peaks, such as Mount St. Helena, Tamalpais, Diablo and Hamilton with snow levels ranging every given year from 1000 feet to 2,000 ft. Greater recorded snowfall amounts are generally recorded once every 5 to 10 years. Occasional thunderstorms occur in the late summer or early fall when warm humid air drifts over the region from the Southwest Monsoon or from the residue of a hurricane near Mexico. 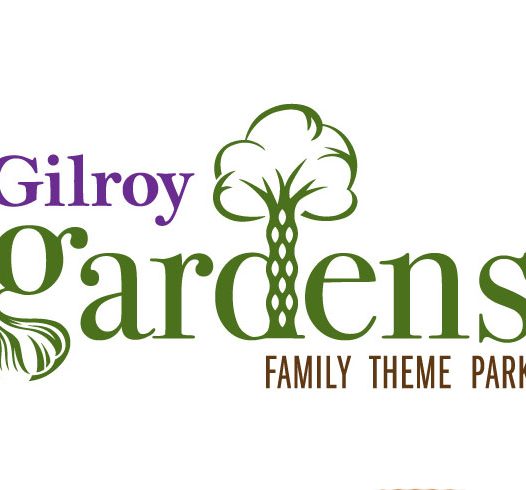 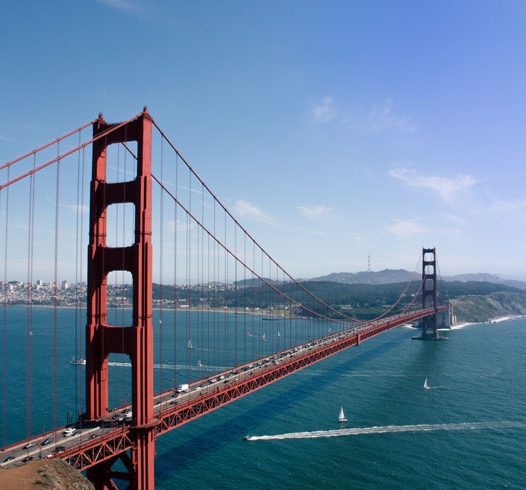 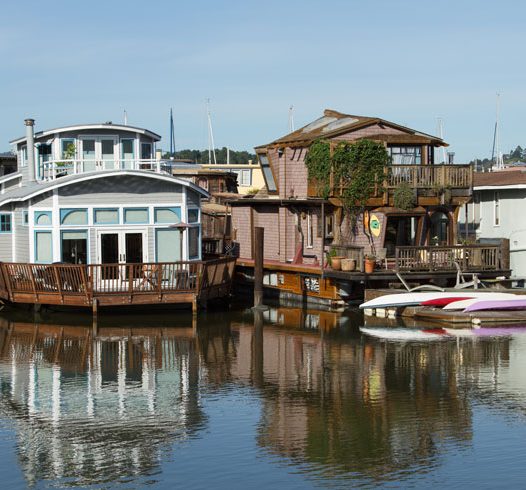 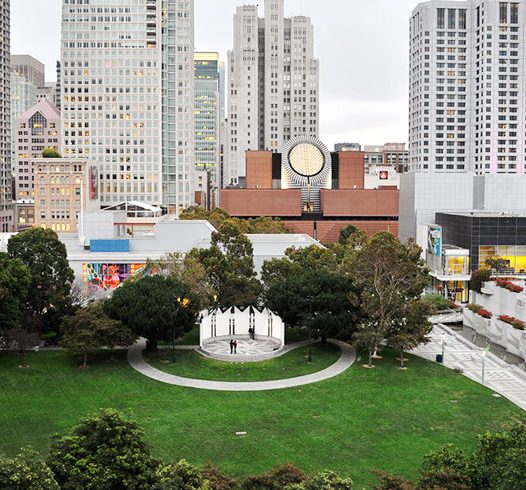 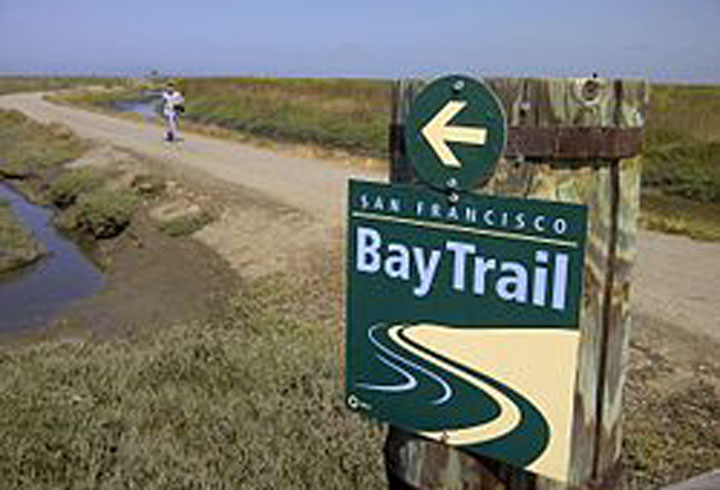 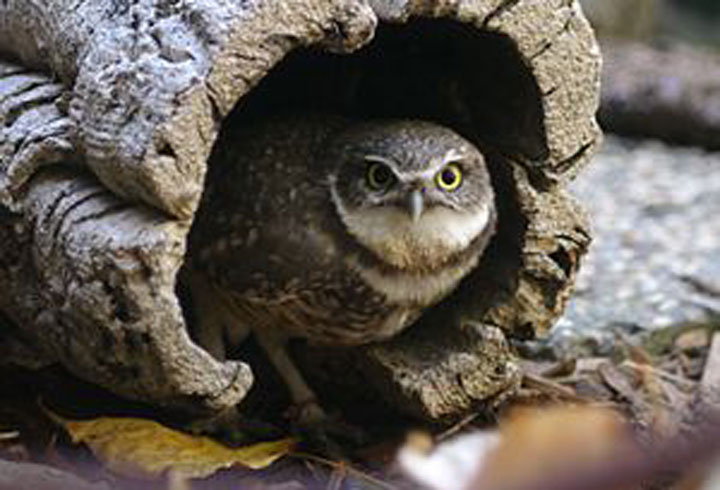 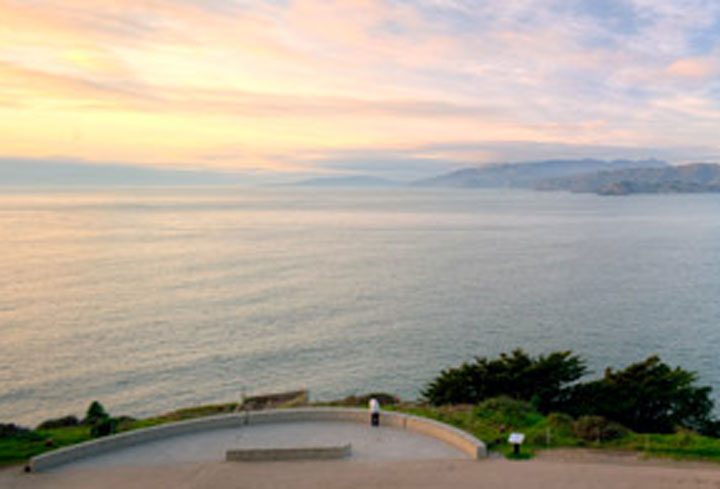 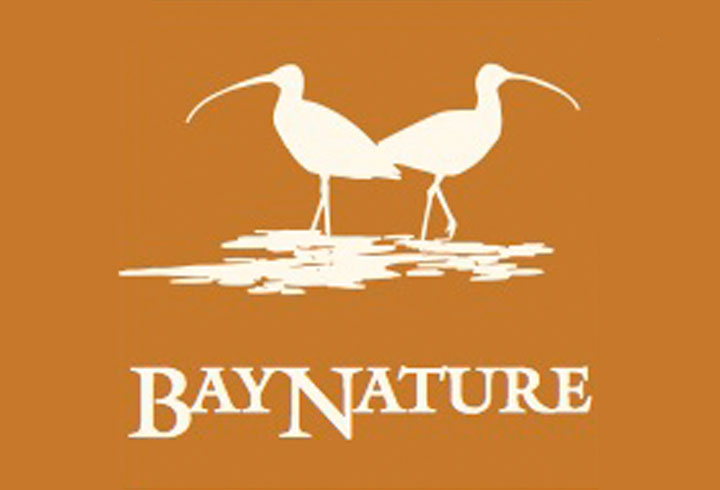 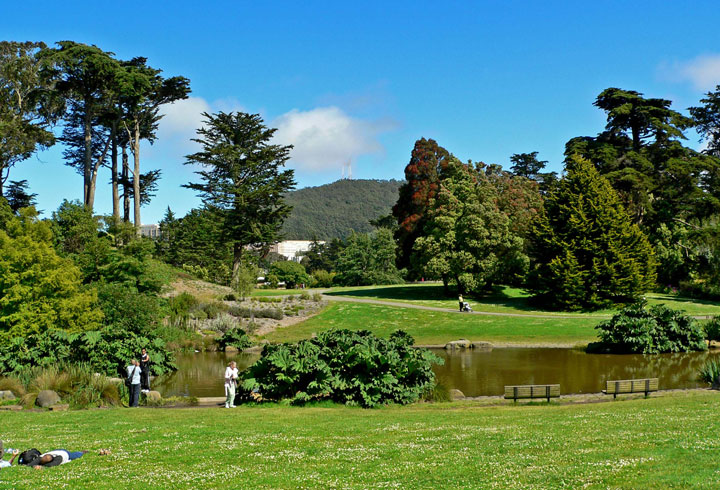 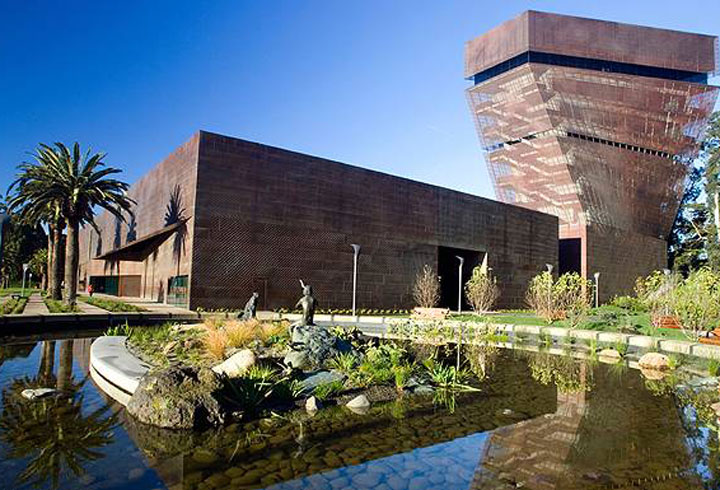 The San Francisco Bay area, commonly known as the Bay Area, encompasses the area from Marin County in the north to the city of Gilroy in the south, and from the Pacific Ocean on the west to the Central Valley in the east. One of the most unique and diverse regions in the US, the bay area is made up of many sub-regions including San Francisco, the North, East and South Bay, and the Peninsula.

The jewel of the area, San Francisco, an international tourist destination, is the cultural and financial center of the bay area and of Northern California. San Francisco is considered one of the greatest cities in the world for many things, including five-star dining, a happening theater scene, and gay and lesbian culture. Famous for its iconic skyline, steep hills, cable cars and historic streetcars, Fisherman’s Wharf, and the Golden Gate Bridge. It is the second-most densely populated major city in the United States.

Beyond San Francisco’s fifty-square-mile city, in the surrounding Bay Area, there’s so much more to explore including Silicon Valley’s innovations, Marin’s Headlands, and Berkeley’s free spirit. San Jose the largest city in the Bay Area, third largest city in California, is home to the San Jose Sharks, one of only three professional NHL hockey teams in the state.

Oakland, the third most populous city, is a central hub for the East Bay, major industrial center and contains the Port of

Oakland, the fifth busiest intermodal container port in the United States. Site of California’s Great America theme park, Santa Clara blends the best of a modern, urban metropolis with the comfortable charm of a small town.

The Bay Area is loaded with parks and recreation areas that offer ample opportunities to enjoy the great outdoors. Carnegie State Vehicular Recreation Area has challenging hill-type trail riding, hill-climbs and a professionally designed motocross track available. Enjoy rock climbing, horseback riding trails, and hiking at Castle Rock State park in the Santa Cruz Mountains. Bicyclists are challenged by the twisting road of Mount Tamalpais’ 50 miles of trails within the park, and the 200-mile long trail system it connects to. The Bay area is host to many beaches, for example, four miles of sand at Half Moon Bay. This picturesque setting is ideal for sunbathing, fishing and picnicking.