California is known for its sunny, warm beaches, snowcapped mountains, fertile valleys, and sparkling deserts, but hidden beneath these Golden State treasures is a world unlike any other. 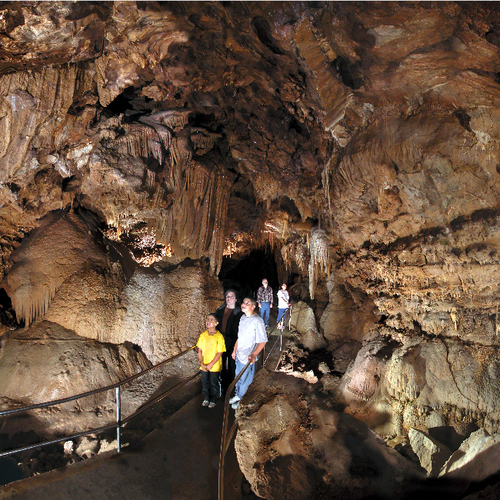 Underneath California, there is a remarkable display of geological formations that started millions of years ago as forces of water, fire, pressure, and time carved their way through solid rock. Today the fruits of their labor are ours to explore and appreciate. Throughout the state, you can marvel at the grandeur of sub-terraranan cathedrals formed by carbonic acid and water seeping through limestone, or stand baffled at the twisting form of lava tubes and sentinel stature of basalt columns. 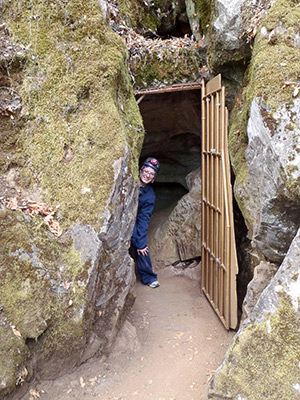 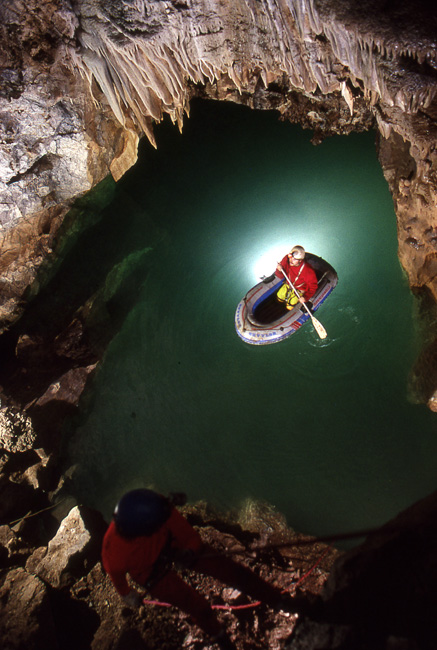 The type of cave you choose to explore can vary depending on geology and location. The Pacific Coast of the United States represents the western rim of The Ring of Fire, a horseshoe-shaped area in the Pacific where 90% of the planet’s earthquakes occur.  The Ring of Fire has approximately 452 active and dormant volcanos. (owlcation.com) These volcanos along with a shifting of the earth’s plates largely determined California’s geology as sediment was deposited, compressed and heated over and over creating vast deposits of the limestone that gave way to the amazing array of cave formations found in many California and Nevada caves. 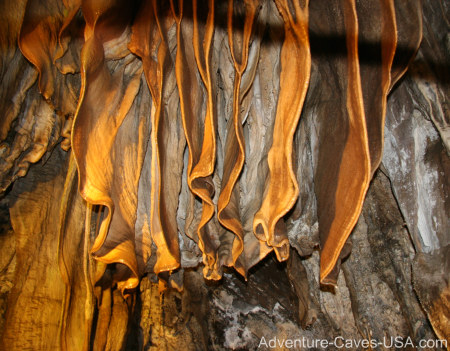 The two main types of cave systems found in California and Nevada are lava tubes and solution caves known as caverns and while they may look similar, they are altogether different geological formations dating back hundreds of millions of years.  Most often both are hidden from the naked eye and have been found largely by accident and sometimes at the demise of the weary pioneer on those early explorations. Solution caves are most often considered LIVE in that they are wet and continuing to develop those precious formations we know as Stalactites (grow from the ceiling down) and Stalagmites (grow from the floor up).  Dead caves are dry and no longer can grow those speleothems.  Lava tubes are neither live or dead but are instead considered Primary as they formed at the same time as the surrounding rock. 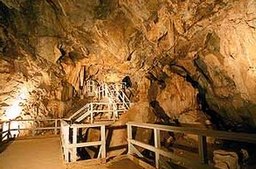 A lava tube is formed when low-viscosity molten lava flows from a volcano in a continuous manner.  The outer edge of the flow hardens where it is exposed to the cooler surroundings, but the hot lava continues to flow through like liquid through a straw continually building up that outer crust.  Eventually, the flow subsides and what is left behind is a hollow unground tunnel just ready for exploration.  Lava tubes vary in length and size but some chambers rival that of our best solution caves.

However, not all caves are a result of metamorphic processes or lava. Littoral or Sea Caves are the results of wave action and time and Talus or scree caves occur when large boulders tumble into piles creating large unstable spaces.  Both types are present in California and warrant your exploration. 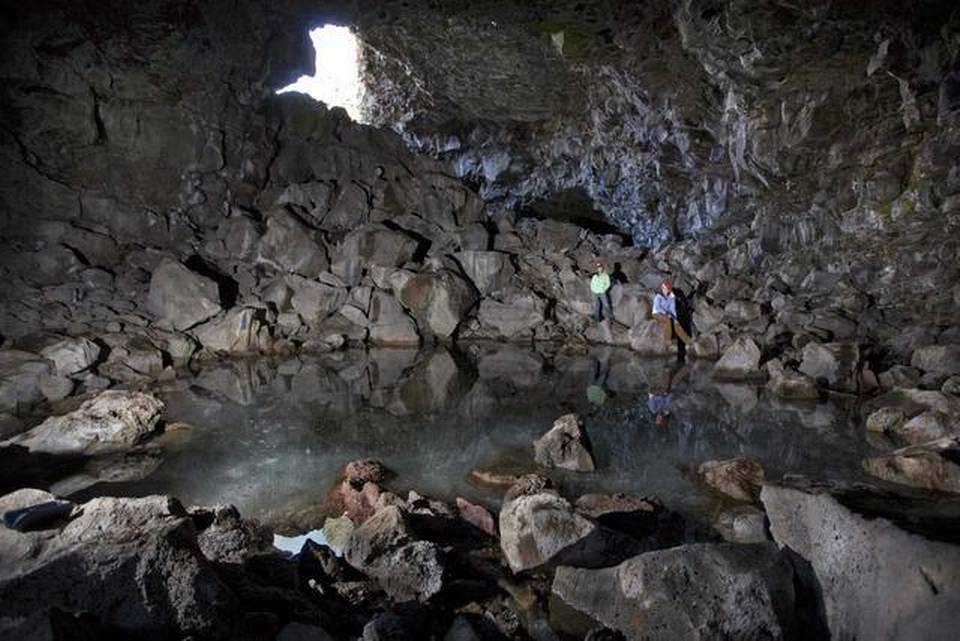 California is home to approximately 11 cave systems and they stretch from one end to the other!  Lava Beds National Monument is located near Tule Lake and is the site of more than 800 explorable Lava Tubes.  Visitors can marvel at the many self-guided options or enjoy a daily ranger-led tour of individual tubes with remarkable history or glowing fauna. The Lava Beds visitor center is a great place to learn a little more about caving, check in for the day’s adventures, or enjoy interesting topic presentations by NPS staff.  If you are up for an outside adventure – enjoy a walking tour of Capt Jacks Stronghold and take a step back in time.  www.nps.gov/labe/index  / 530.667.8113

Just down the road is Subway Cave, a lava tube cave near Lassen National Park. This meandering tube has been left in its natural state and is a truly wild caving experience.  Bring a headlamp while you explore the depths of Subway and keep an eye out for cool volcanic cave features.  (goodearthgraphics.com 1996) https://www.fs.usda.gov/recarea/lassen/recarea/?recid=11435 / 530.335.7517 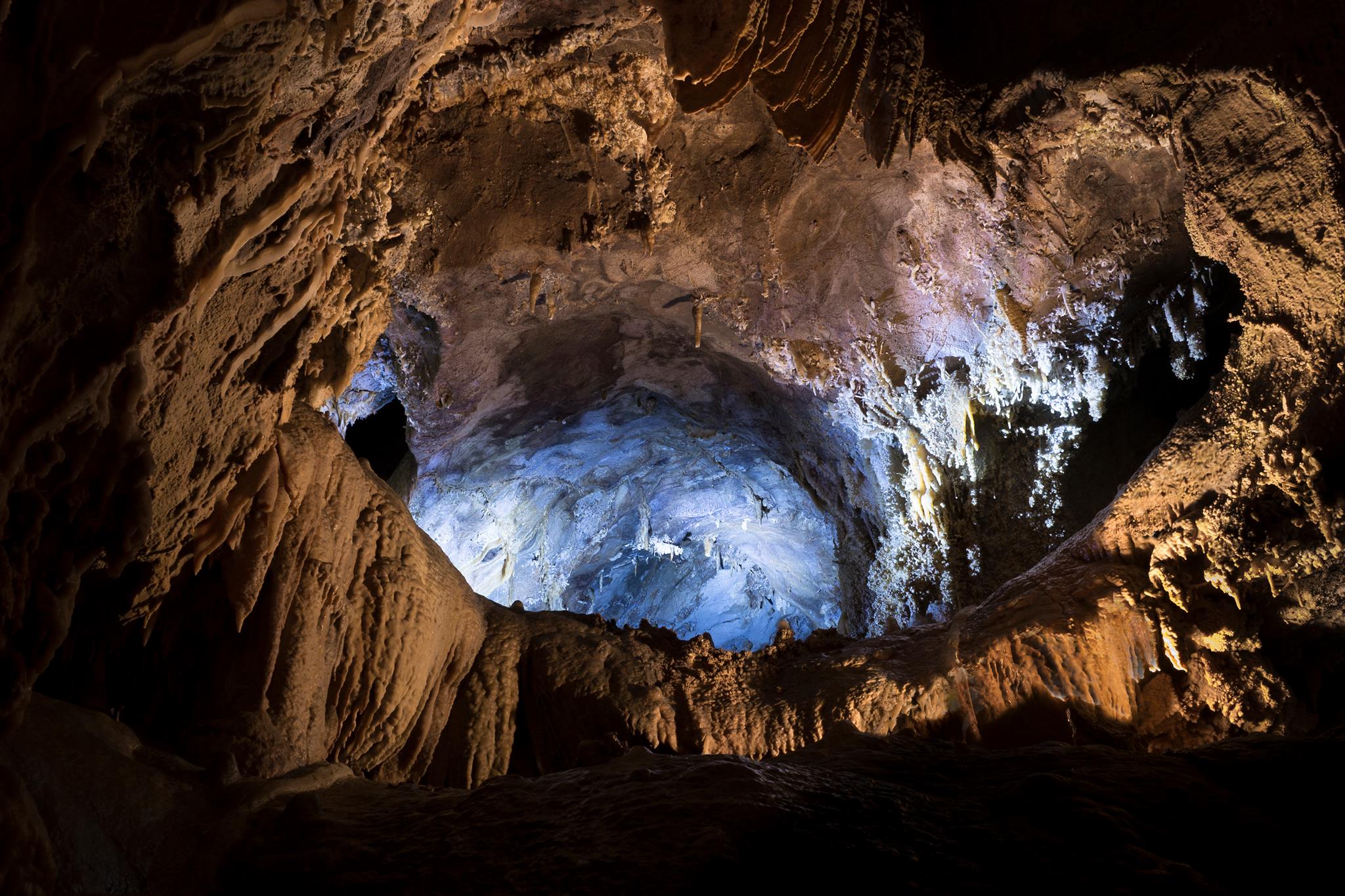 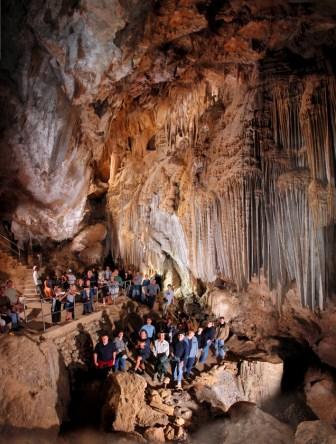 One of the most widely visited and the newest National Natural Landmark of the cave systems is the Lake Shasta Caverns. Here you will find a geological adventure for your whole family that includes a ferry boat across the beautiful Lake Shasta, a bus ride to the visitor center, and a robust and comprehensive tour of the caverns in all their glory. Guided tours run year-round and typically include sightings of various forms of local wildlife such as bald eagles, black bears, deer, or perhaps even a mountain lion. (lakeshastacaverns.com) 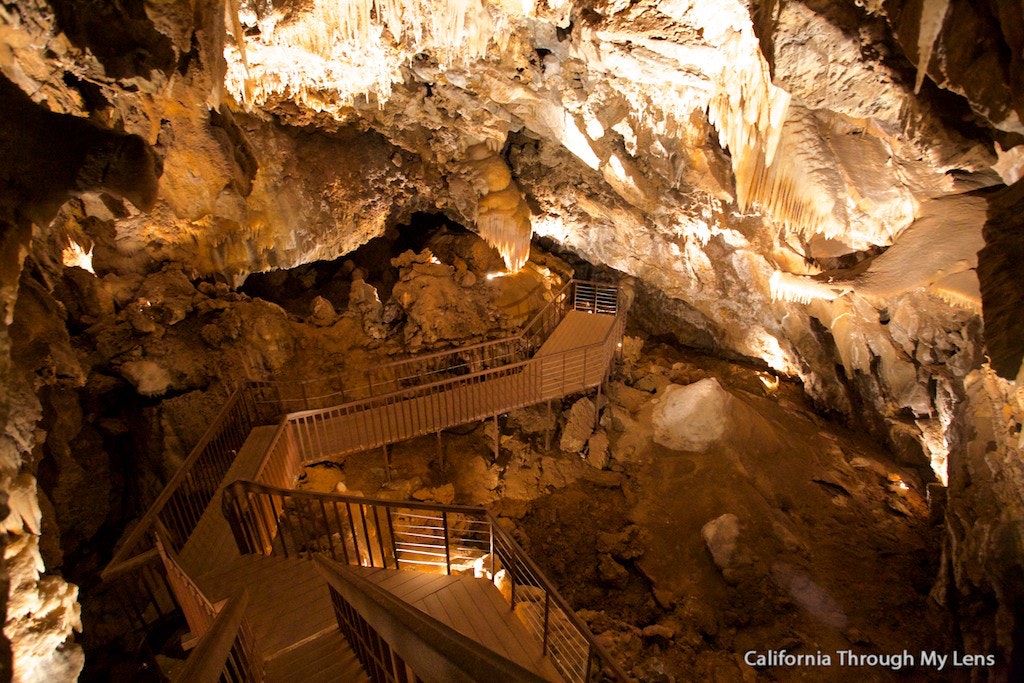 Black Chasm Caverns located in the rural town of Volcano is one of only 5% of the cave systems in the world that contain Helictites.  Every chamber in the Black Chasm cave has an abundance of these magnificent crystals as they twist and curl from the cave walls and ceiling.  In fact, Black Chasm was declared a National Natural Landmark in 1976 in recognition of the spectacular example of cave formations.  When visiting take a moment to visit the remarkable natural zen garden.  Guided tours are available year-round with varying hours of operation. 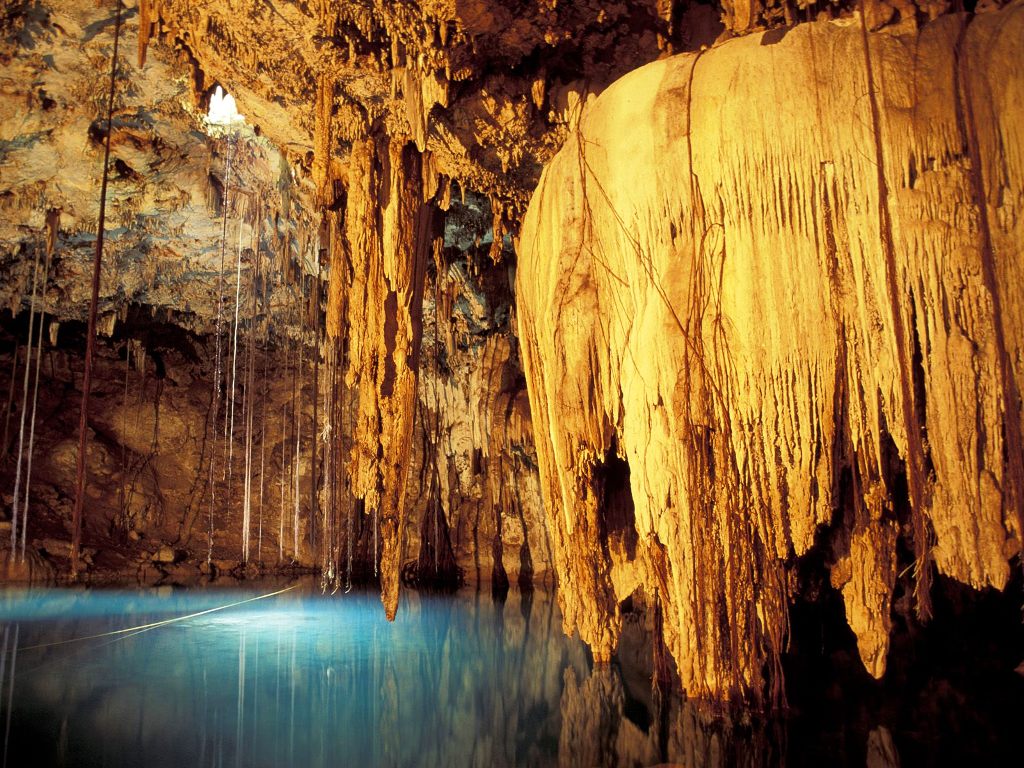 The solution cave known as Mercer Caverns located, near Murphys, was discovered by chance in the fall of 1885 and was originally known as “New Calaveras Cave” or “New Place of Skulls” due to some interesting findings during the early explorations.  Mercer Caverns visitor center and gift store are loaded with the history of the area and tours are available daily year-round with limited hours.  http://mercercaverns.com/ 209.728.2101 or 209.728.2378

Originally called Mammoth Cave, California Caverns is a limestone cave in the Sierra Nevada foothills of Calaveras County.  This series of interconnected caverns are one of the earliest officially recorded caves in the Mother Lode region.  California Caverns claims the distinction of having the most extensive system of caverns and passageways of beautiful crystalline formations and recently discovered pristine areas.  209.754.1850 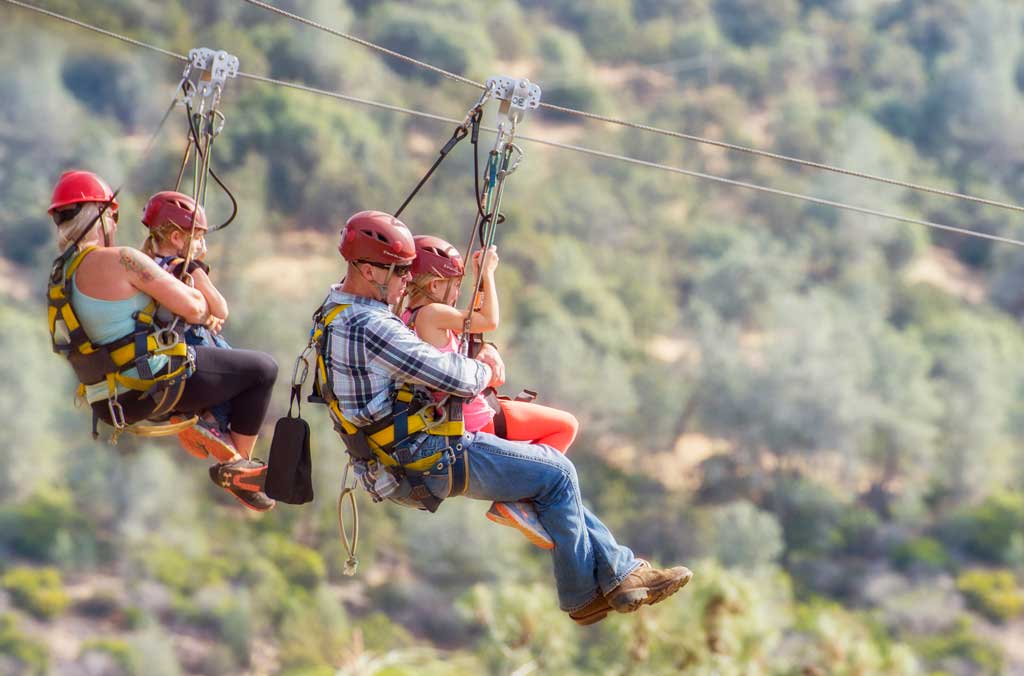 The next stop on our cave tour takes us to Moaning Caverns Adventure Park.  Submerse yourself in the wonderful world of adventure with activities for all ages from cave tours to gemstone mining to Geode cracking to zip lining.  Additionally, these cave systems are one of the few that offer Expedition Tours through undeveloped portions of the caves that may require belly crawling, rafting, a helmet, and a greater sense of adventure.  209.736.2708 or 866.762.2837 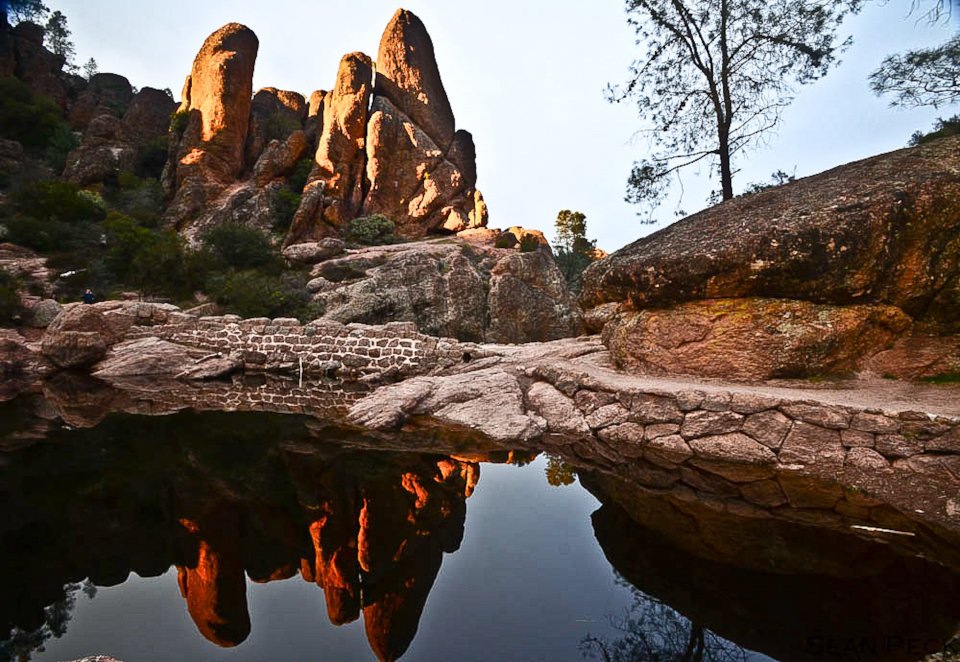 Talus caves can be found at Pinnacles National Monument in what remains of volcanic eruptions and powerful explosions that moved enormous boulders into the serene rock formations we see today.  Hikers will enter these rare talus caves and emerge to towering rock spires teeming with their own ecosystem.  Prairie and Peregrine Falcons, Golden Eagles and California Condors call Pinnacle home and will delight even the novice bird watcher. The visitor center is open daily year-round. There is a high visitation rate during the peak season of March and April. 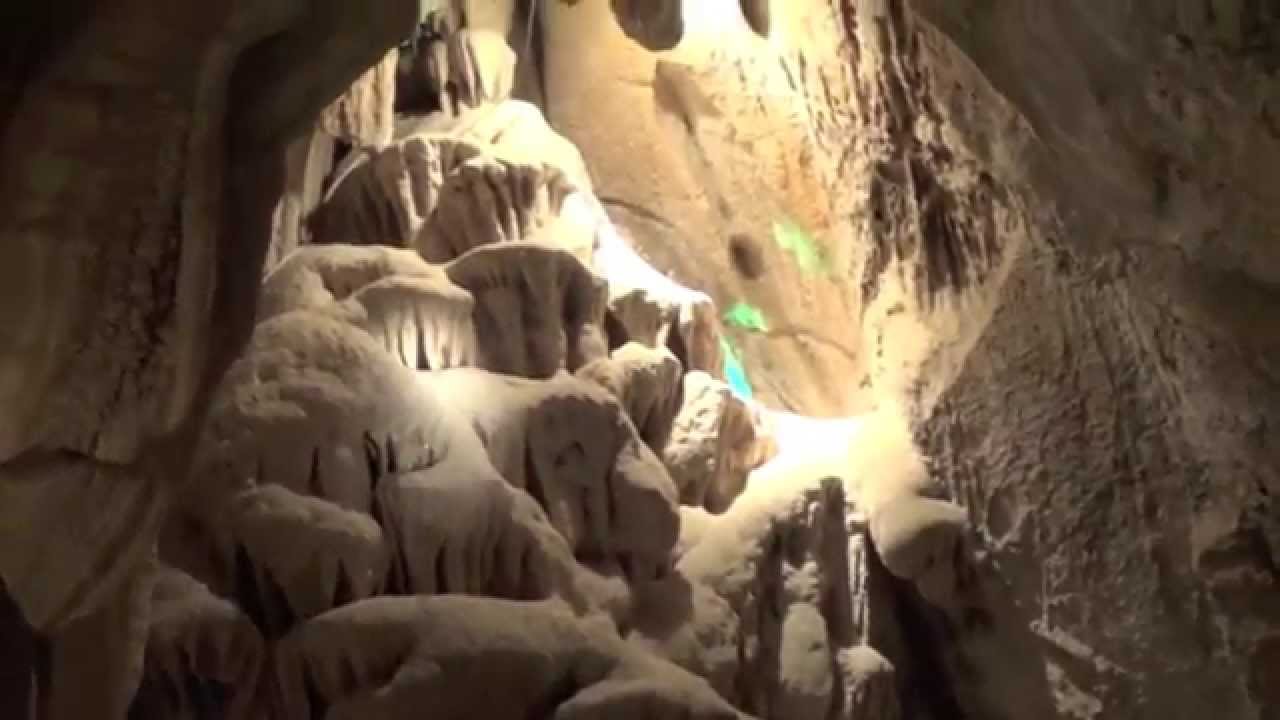 Boyden Cavern located in Kings Canyon National Park is the deepest canyon in the United States and lies beneath the massive 2,000-foot-high marble wall of the famous Kings Gates.  Visitors are delighted to find that the Giant Sequoias are complimented by the natural beauty of the underground cavern.  The 45-minute tour runs from May to September and is suitable for all ages. (FS.USDA.gov) https://www.fs.usda.gov/recarea/sequoia/recarea/?recid=79588 559.784.1500 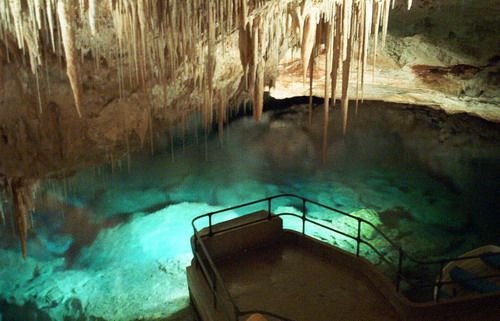 Sequoia National Park is host to Crystal Cave where you can attend any one or all of 5 different cave tours including a Historic Candlelight tour or Wild Cave Tour.  Crystal Cave is a treasure of ornate marble polished by underground streams and decorated with curtains of icicle-like formations.  It is recommended that you purchased tickets at least 30 days in advance of your visit.  Tours run daily from May to September. 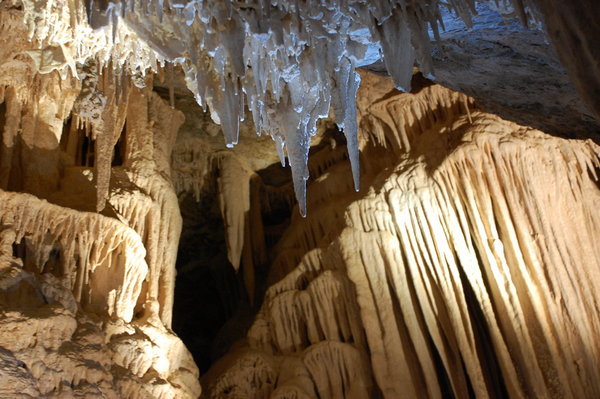 ell Caverns Natural Preserve located in the Providence Mountains State Recreation area near the Colorado River.   The caverns are home to two main caves, The Devil’s House and Tecopa and spectacular and intricate limestone formations including stalagmites, stalactites, helictites, lily pads, draperies or cave bacon, curtains and cave coral.  The caverns are open year-round on weekends and reservations are required. 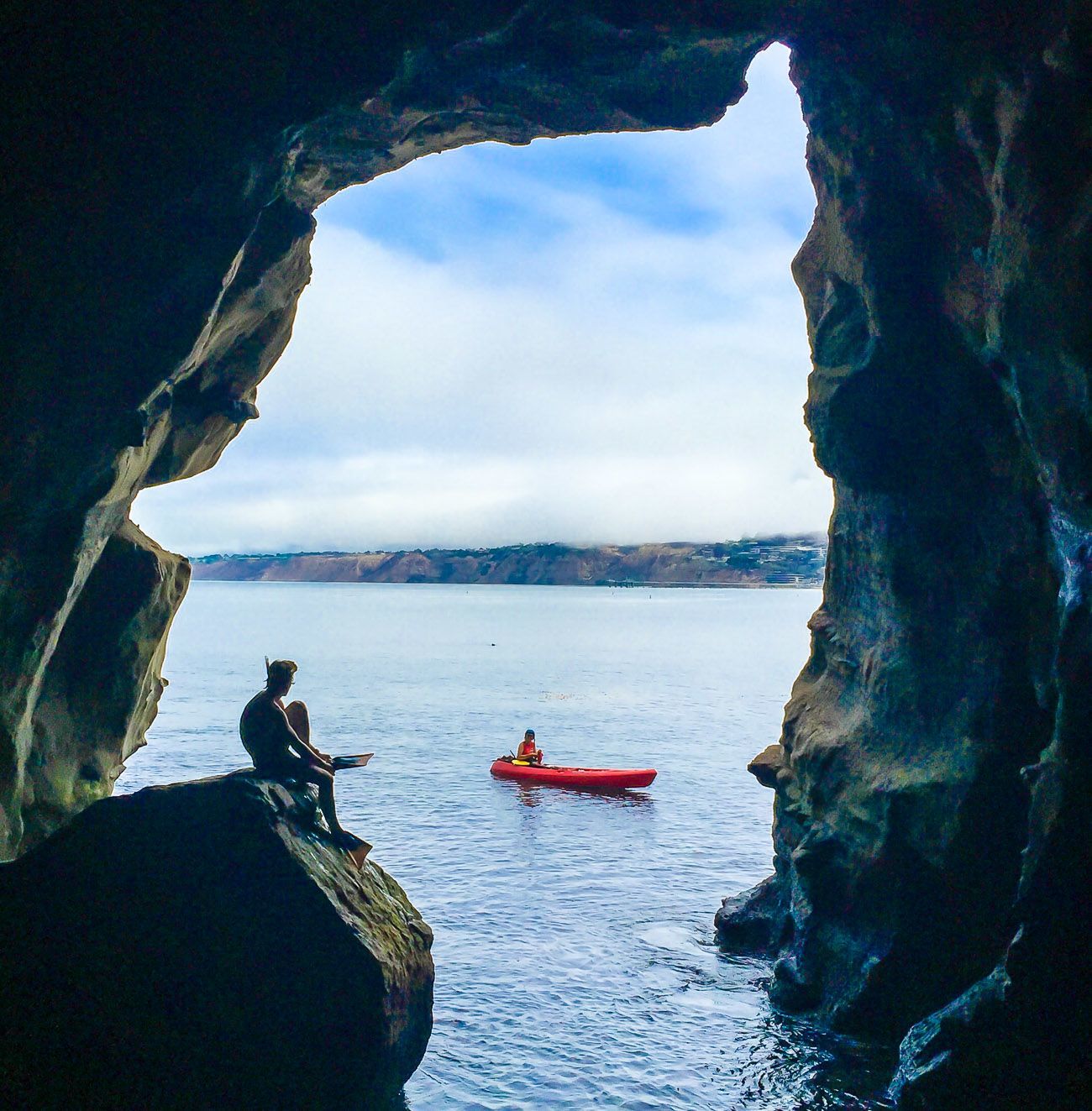 stop before we head to Nevada is Sunny Jim’s Cave.  This historic sea cave can be found just north of San Diego and has a manmade tunnel from inside the Cave Store which allows the visitor to enter the cave by land.  Entering by sea will provide access to all seven ocean-carved and fascinating caves.  This well-known cave was noted as one of the “must” see sights in Southern California by the Encyclopedia Americana.  (cavestore.com) 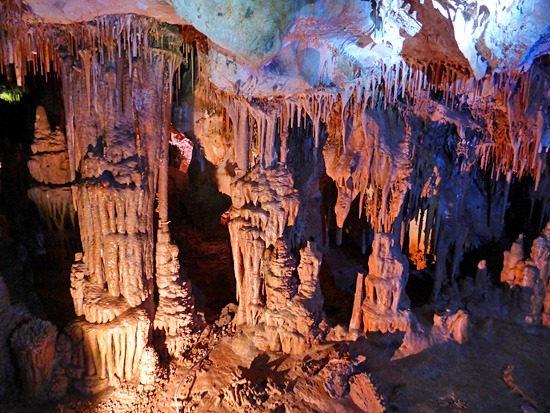 Great Basin National Park in Central Nevada is home to over 40 know caves filled with unusual cave life and unique features suggesting deep-seated, hydrothermal waters may have influenced some of the cave’s development.  The only caves open to the public are the Lehman Caves that consist of Little Muddy, Annex Cave, and Root Cave. A nearby active spring may be today’s representative of the watercourse that formed the Lehman Cave Hill System.  Cave tours are held daily year-round and reservations are strongly recommended. 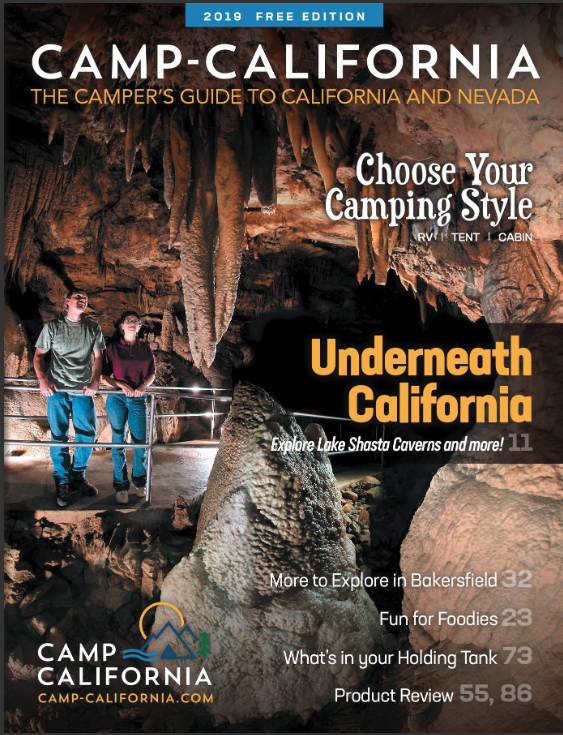 Grotto – A room in a cave of moderate dimensions and richly decorated with formations.

Cavern – A very large chamber in a cave.

Stalactite –A type of formation that hangs from the ceiling of caves pushes downward as water droplets accumulate.

Stalagmite –A type of rock formation that rises from the floor of a cave due to the accumulation of material deposited on the floor from the ceiling deliveries.

Helictite – is a speleothem found in limestone caves that changes its axis from the vertical at one or more stages during its growth. These are the most delicate of cave formations.

Soda Straw – A speleothem in the form of a hollow mineral cylindrical tube.  Soda straws grow in places where water leaches slowly through cracks in rock as on the roof of a cave.

Flowstone – are composed of sheet-like deposits of calcite formed where water flows down the walls or along the floors of a cave.

Cave Bacon – Thin sheets of deposits also called draperies or curtains that descend from the overhanging portions of the wall. Many are translucent, and some have brown and beige layers that look like bacon.

Cave Coral – This type of speleothem has branching stems and nodular tips resembling marine coral.  When cut into sections growth rings can be seen.