After a promising start with near record snowfall in the Sierra, California ended up with another dry winter.

But while many of California’s rivers and streams are not carrying the volume of water they normally do at this time of year, there are still plenty of opportunities for white water rafting, river tubing, kayaking and family friendly float trips up and down the state.

White water rafting enthusiasts can still find river rafting tours on the South Fork of the American River and other locations in the Sierra Nevada Mountains because water agencies release water from upstream dams in ways that maximize whitewater rafting opportunities.

The same holds true for the Trinity River in the Trinity Alps in northwestern California.

Rafting companies know when water will be released from the dams and they schedule their whitewater rafting trips accordingly and some campgrounds also rent inner tubes, kayaks and other recreation equipment to accommodate river recreation enthusiasts.

Rafting is a terrific family activity, and what better way to start the summer camping season than with a rafting trip on one of California’s scenic rivers. Campgrounds can often provide recommendations on outfitters that provide rafting tours in their immediate area.

The South Fork of the American River: This is one of the most reliable whitewater rafting rivers in California, thanks to carefully timed releases of water from an upstream dam. Rafting trips have been taking place every day since March 30 but the schedule may be reduced to certain days of the week by summer as water levels decline. Popular campgrounds near the South Fork of the American River include Camp Lotus (www.CampLotus.com); Coloma Resort (www.colomaresort.com); and Ponderosa RV Resort & Campground (www.rvonthego.com/ca).

The Kaweah River: This Southern Sierra river is entirely dependent on snowmelt, so its flows will be strongest in April and May. Popular campgrounds near the Kaweah River include Kaweah Park Resort (www.kaweahparkresort.com); Sequoia RV Ranch (www.sequoiarvranch.com); and Three Rivers Hideaway (www.threerivershideaway.com).

The Kern River: The Kern River is divided into sections. The upper Kern River above Lake Isabella flows naturally, which means its flows will decline rapidly this year because of below normal snowpack. But flow rates in the lower Kern River are controlled by a dam, and river rafting trips are expected to take place every day there from May 25 to at least August 1, according to Kern River Outfitters. Popular campgrounds near the Kern River include Frandy Park (www.frandy.net); Camp Kernville (www.campkernville.com) and Camp James ([email protected]).

The Russian River: This river runs year round, but is popular with river tubing enthusiasts during the summer months. Popular campgrounds include Casini Ranch Family Campground (www.casiniranch.com).

The Trinity River: Water flows on this river are controlled by a dam, which ensures that white water rafting opportunities will be available this summer. The most popular sections of the river are between Pigeon Point and Big Flat and include Class 3 whitewater. Popular campgrounds in the area include Del Loma RV Park and Campground (www.dellomarv.com).

Start planning for you next California Rafting & Tubing Adventure: 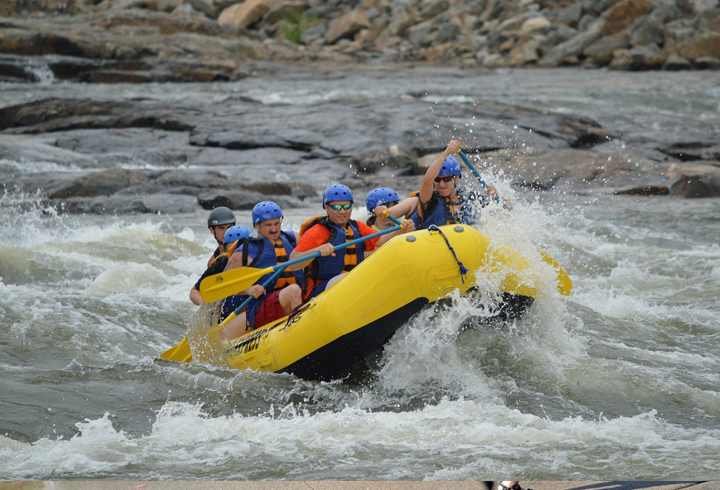